Part of my decision to go full-timing was to do with spending an increased amount of time with my family. Rather inconveniently, they live in East Kent. That's fine if you're heading to the continent, otherwise it's on the road to nowhere. Rather than lug the Airstream all the way over to Kent from Cornwall then all the way back to Dorset for my next bash, I docked at Crossways Caravan Club Site in Moreton, between Weymouth and Bournemouth.

Crossways is memorable for three reasons:

First off, it's not like any other Caravan Club Site I've been on. It's more like a Forest Holidays site with its intimate pitching areas dotted around pretty woodland. Trees definitely come first here, and tourers second.

Secondly, it's the only Caravan Club site to feature composting loos. Brilliant. Crapper's water closets make sense in dense, urban surroundings, but out in the countryside the composting loo makes so much sense, it makes you wonder why most people and places persist with the WC. And no, there is no odour whatsoever.

Finally, Crossways is slap-bang next to Moreton railway station. Therefore it was handy to jump on a train and head back to Kent for a night. Far easier to reach are Weymouth, Bournemouth, and Southampton. Certainly a boon for motor caravanners and anyone else who prefers not to drive once set up.

Parental and fraternal obligations met, it was time to unwind for a weekend with the UK Airstreamers at a site in Dorset. I say UK Airstreamers, but it was delightful to welcome a couple from Belgium, too. 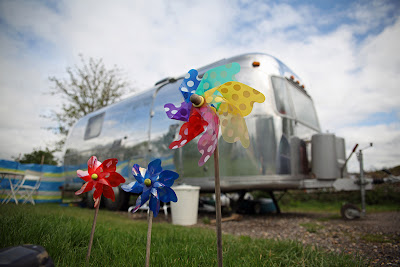 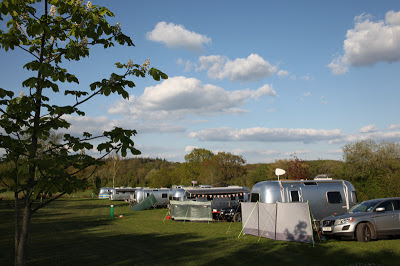 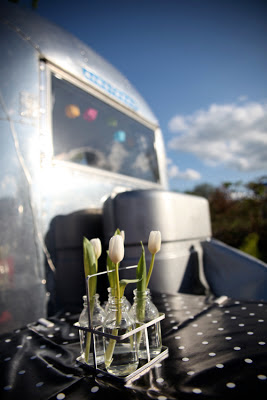 Rain has cancelled many events in 2012, and it even threatened to cancel this one. We couldn't get onto the field that was earmarked for us, but luckily the site had enough pitches to squeeze us all in. We weren't all together, but at least it meant that the weekend could go ahead. And what a splendid, chilled, aluminiumy weekend it was.
Posted by Andrew at 15:32