Caravanning in the Outer Hebrides - 2012 Update


For those of you who enjoyed last year's blog entry about caravanning in the Outer Hebrides, here's a little update.

Tiree and Barra continue to offer a network of crofts offering camping and caravanning, and wild camping is as good as non-existent. (Yes, I know that Tiree is Inner Hebrides, but it gets included as it is a jump-off point on the Thursday ferry to Barra.) For an up-to-date list of campsites on these islands, look up:


As for the Uist Chain, encompassing Berneray, North Uist, Benbecula, South Uist, and Eriskay, a lot is happening very quickly.

The Caravan Club now has two Certificated Locations on the Uists, both of which are searchable by members only on the Caravan Club's website. One is at North Uist Boarding Kennels, and the other at North Boisdale on the island of South Uist.

New sites are popping up too.

In addition to Shell Bay on Benbecula (see earlier blog entry), there are now a few sites to choose from.

In June 2012 I finally stayed at Moorcroft, on the South West corner of North Uist, and am delighted to confirm that it is as good as all the reviews suggest. A wonderful little site indeed. 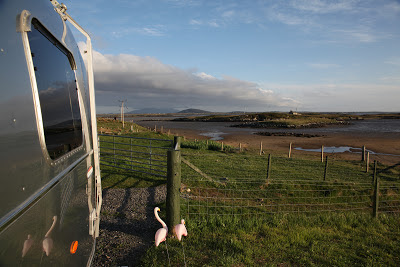 Two new sites have appeared in the meantime, both offering hardstanding pitches, hook-ups, and facility blocks.

Kilbride Campsite is on the South Coast of South Uist, on the road to the Eriskay causeway. It's directly opposite a small sandy beach and is already receiving good reviews.

Balranald Hebridean Holidays is a small campsite by the RSPB reserve of the same name on the North West coast of North Uist. Only a stroll from the beach, and already they have declared an interest in promoting kitesurfing in North Uist. How the birdwatchers are going to react to powerkites in the sky next to the RSPB reserve remains to be seen, but given the blazing rows I have had on the beach I can't see that it's going to be a happy or comfortable relationship. But I wish them well with the kitesurfing project and look forward to a little more company out on the water next year. 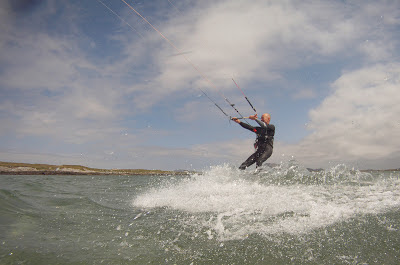 As for the islands of Lewis and Harris, little has changed. The only realistic options for caravanners on Harris are still Minch View (recommended smaller caravans only due to sharp corner and narrow entrance) and Horgabost Campsite. Horgabost is still a stunning place but has, in my humble opinion, been spoiled by the large amount of ugly seasonal caravans now moored there. At the end of the day, I guess they need to make a regular income I suppose. Horgabost is now £12/n for a caravan without hook-up... a bit steep for one person.

There is now a comprehensive network of sites with facilities and hook-ups on all the major Hebridean islands. CalMac fares have come down dramatically in recent years. So the question remains - what's stopping you? Go and discover the Outer Hebrides, before everybody else does. 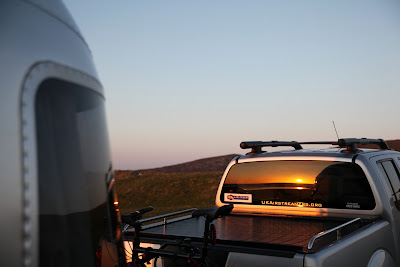