On my way to Mull, I had bumped into some friends in Oban who were heading to the distilleries of Islay. I was tempted to join them, but the £400 return ferry fare (with the 'van) was a serious source of dissuasion.

'Go to Staffa! It's amazing!' said one of my friends, so I booked myself and Dougal on a trip from Tobermory.

What an outstanding day.

Dougal wasn't keen on the high-speed catamaran from Tobermory (note to self: Dogs don't like cats) but it meant that we got to the island of Lunga in a little over an hour. Here, we had to scramble ashore via a wobbly pontoon and a very rocky beach - not for the infirm or for any dog that is non-portable.

Dougal had to remain on his lead for the duration, and he's a calm and quiet dog so he was no problem. But I would NEVER have taken my parent's dobermann. Not only is he too big and gangly to carry ashore, but he barks at birds. And had he done that on Lunga, I think we would have been booted straight back onto the boat. Because Lunga is all about birds. Especially Puffins. And I LOVE PUFFINS! 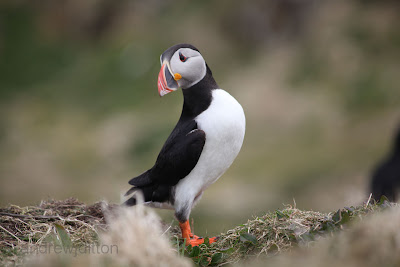 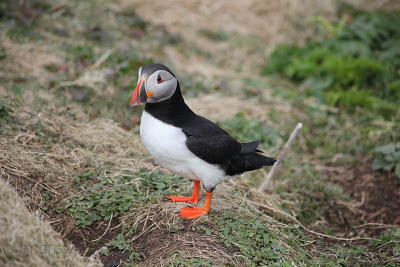 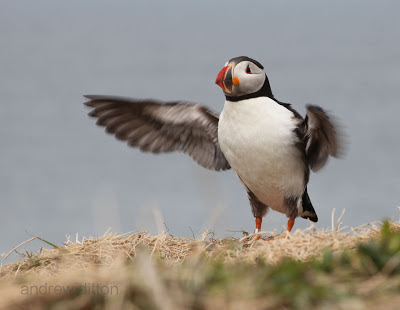 These comical creatures are incredibly bold, as most of their human contact is with respectful bird watchers. 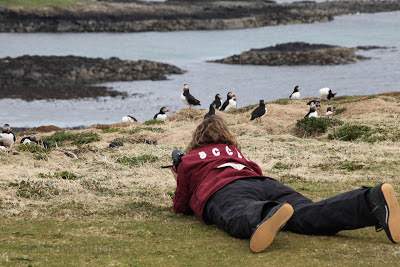 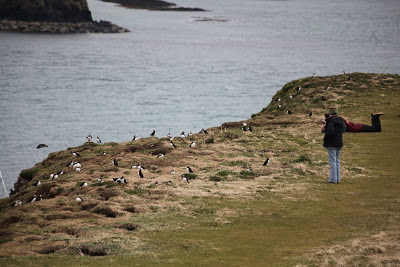 Next port of call was the island of Staffa, and Fingal's Cave where Mendelssohn was inspired to write his Hebridean Overture. The island sits on amazing basalt columns, related to the Giant's Causeway across the water. 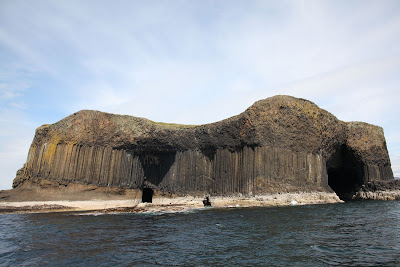 In all, an brilliant day. Highly recommended. Although I think next time we will take a slower boat the shorter distance from Fionnphort or Ulva Ferry.


Part of my remit when doing a touring feature is to try out the local hostelries on behalf of the magazine's readers. It's a tough job, but somebody has to do it. And no, it's not expensed.

I had my eye on an Italian restaurant in Salen called Mediterranea, and the nice lady in the tourist office told me of a new site that had just opened up nearby.

Only trouble was, I couldn't find this new site. So I continued along the road with Airstream in tow, and happened upon a remote site called Killiechronan Campsite.

Oh my goodness, WHAT a find! 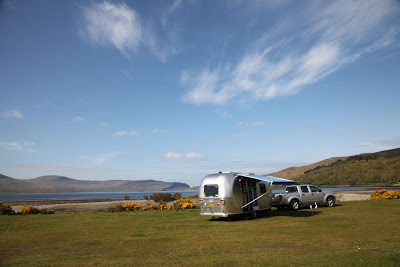 Quite simply, an amazing spot. AND it turned out to be one of the top places to spot Sea Eagles, as I soon found out when the telescope-tweaking twitchers turned up en masse. Well, there was about 10 of them, but that's a lot for Mull.

My camping fees at Killiechronan were £4 per night. That's right, £4 for THAT view! The main downside was the long walk to the loos and water tap (no showers) and the fact that there was no chemical loo disposal point, meaning that your stay is governed by the capacity of your black water tank. Unless, of course, you spend a lot of time running to and fro the facilities.

Pitched up, it was time to head back to Salen to try the Mediterranea restaurant. 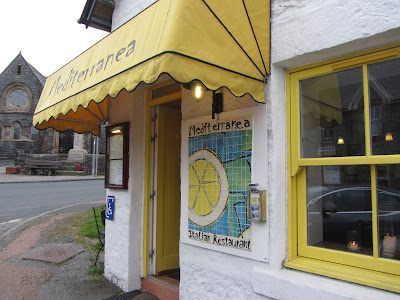 Being a solo diner, I am VERY sensitive to good or bad service. When I saw how busy the restaurant was and the fact that there was only one very busy lady rushing around doing everything front-of-house, my heart sank.

But I need not have worried. The service was impeccable and friendly, despite the full house. And as for the food... WONDERFUL! Definitely recommended. 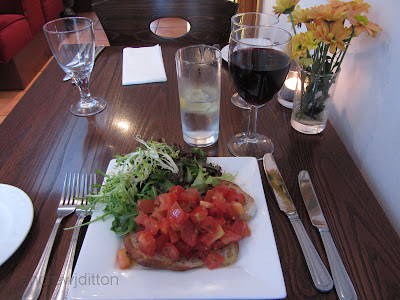 From Killiechronan it was a short drive to Ulva Ferry and the one minute boat trip to the island of Ulva. 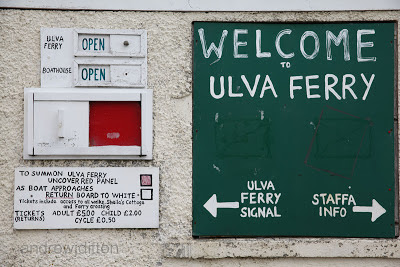 Maybe the fantastic weather helped, but what an amazing little island. The ferry ride, the nose around 'Sheila's Cottage' which is presented as it would have been used a generation ago, the pretty three-mile walk, and the delicious meal in The Boathouse Cafe at the end of it…. all in all an absolutely perfect day. Ulva is now indelibly scored into my heart like so many other Hebridean islands. 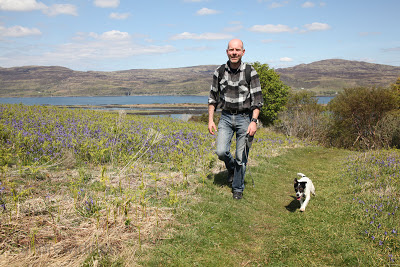 Such a feeling of peace and tranquility eluded me when visiting the island of Iona a couple of days later. We had left Killiechronan and headed to Fidden Farm Campsite near Fionnphort on the South West Peninsula of the island. Gung-ho caravanner that I can be, I decided on using the little 'B' roads to get there.

Oh dear. We made it intact and were rewarded with some stunning scenery, but it was a bit of an ordeal. Passing places are few and far between, and some parts of the road are not exactly caravan-friendly. Top Tip: Stick to the A roads in Mull.

But getting back to Iona. It's an important place to the Christian Pilgrim, as it is the place that St Columba first arrived when bringing Christianity to Scotland and the North of England. As such, Iona is full of Pious Pilgrims and bored students on field trips. 'Trip Buddies' that I kept bumping into assured me that Iona was a delightful place away from the busy-ness of the ferry port and Abbey, but it was too late in the day for Dougal and I to embark on a marathon walk.

Instead, we headed back to Fidden Farm, lit the fire in the firepit, and took in the amazing sunset. Now THIS is what we come to the Hebrides for! 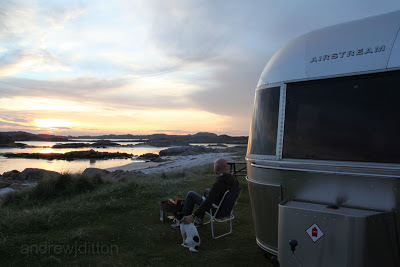 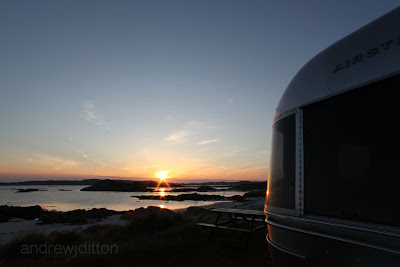