I've made it quite clear in my earlier bog entry here that I'm a ma-hoosive fan of the Channel 4 series George Clarke's Amazing Spaces. It was by far the best thing that's been on telly all year as far as I'm concerned.

Following the Twitter feed of the lovely Jane Field-Lewis, stylist extraordinaire and co-author of the inspirational book My Cool Caravan, I learned that right now, in December, they are busy filming a Christmas Special.

This news delights me three fold:

To start, it's another episode to devour. Screening is due for Thursday 20th December at 8pm on Channel 4.

Secondly, it's an excuse for me, as someone who does not own a TV set, to call up a friend and arrange an evening at their house where I turn up with a bottle of wine and a packet of Kettle Chips. You see, the television CAN be a social medium.

Finally, the best bit of all... is that it will be RIGHT! It is being filmed now, in December, when the lighting and the conditions are right. 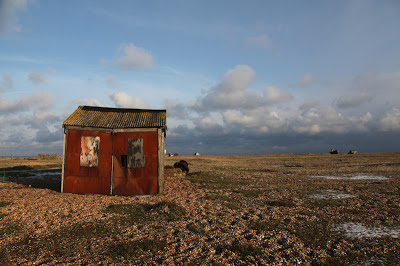 
I know that production schedules can be a pain, but it never ceases to amaze me how many stylists and photographers can do a Christmas shoot, even indoors, and not notice the leaves on the trees outside and the sun sitting too high in the sky. I'm sure I'm not the only punter who notices this. No amount of fake snow can hide a high sun.

Worst of all was being stuck at the parents' last Christmas and watching the Christmas Special of the costume drama Downton Abbey. We were supposed to be watching something happening at Christmastime, but no amount of dry ice and fake fog could hide the fact that the trees were in full leaf and the sun was too high. It all looked so wrong.