On Saturday 26th April 2014 I hung up my uniform from 'The Day Job' for the last time until Friday 4th July. That's quite a block of time off I'd accumulated over the winter. I'm very fortunate to have the kind of job where I can swap shifts with colleagues. They have the time off they need over Christmas and New Year (which, as you can imagine, didn't really happen in my family this past year), and I get to stack up the days owed over the late spring/early summer period.

The plan for the two months off was to do a feature for the Caravan Club Magazine in the North East of Scotland for a couple of weeks, then spend six glorious weeks in the Outer Hebrides. After the trials and tribulations of the previous nine months, I was ready for the break and I knew that the Hebrides would deliver.

However, the first weekend into my trip was a 'college' weekend. Part of my Scottish Gàidhlig course with Sabhal Mòr Ostaig on the Isle of Skye involves a voluntary yet free-of-charge weekend of tuition at the college itself. It's way too good an opportunity to miss, so that became an anchor for the trip. It just so happened that the week leading up to college was the Caravan Club's Design & Drive Competition in Newark-upon-Trent, and I was privileged enough to be invited along as a judge. Contrary to popular belief, such an undertaking is taken on my members of the Club's committees and of media (like me) for no renumeration whatsoever. Sometimes us journos get a few pages of copy commissioned by a magazine which helps contribute towards the time taken, but basically we do it for the love of the industry. It's one of the things I love about the caravan industry - the way that a lot of what goes on is done out of the desire to do the 'right thing' for our fellow hobbyists. It also goes a long way to explain that very few people actually make any money doing it!

Design & Drive is always a good week. It's lovely to catch up with old friends from the Caravan Club Committee Circuit, and my favourite Yorkshire Lass Margaret always does a fine spread of baking for everybody. 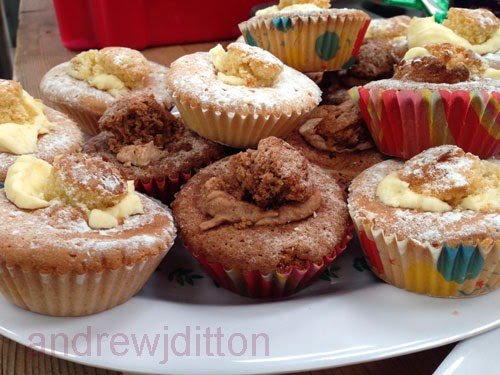 The checklists are exhaustive and it's not an easy skive by any stretch of the imagination. You can easily spend anything between 30 and 60 minutes in each van assessing just one aspect of it. My category this year was kitchen and washrooms. There were about 35 vehicles to get through in three days… do the maths! 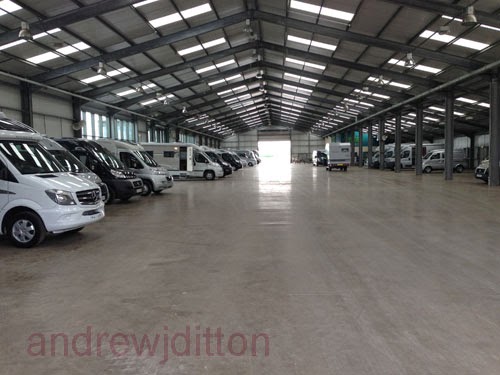 Dougal comes along of course, and rather than leave him in the Airstream during the day he ended up keeping the scrutiny team company in his doggie pen. His presence prompted the introduction of a special award - The Dougal Award for Dog-Friendliness. His own blog about it can be read by logged-in Caravan Club members by clicking here.


The judges meeting on Thursday passed without event, and we managed to get away from Newark at about 3pm. Next stop, Glasgow…

Strathclyde Country Park Caravan Club Site makes a perfect place to dive into for a quick night stop, which is exactly what we did. It was also lovely to catch up with the fantastic warden team in the morning who made us feel super-welcome.

However, we couldn't chat for long as we had an agenda. We needed to be in Pitlochry by lunchtime as I had offered a fellow student a lift.

On the way up the A9 a coffee was needed, and it was lovely to be served by a fellow Caravan Club member in the petrol station… there definitely is a bond between members of both touring clubs. It really is better to belong.

The road to the Isle of Skye is one of my favourite roads in the world. The scenery is gorgeous and the going is relaxed. It made a change to have somebody other than Dougal in the passenger seat to chat to during the journey.

Dogs are no allowed in the college accommodation, but camping is free to weekend students at Sabhal Mòr Ostaig, which meant that I could participate in the classes and not need leave Dougal behind. It was a wonderful weekend of immersion into Gaelic culture that was over way too quickly. 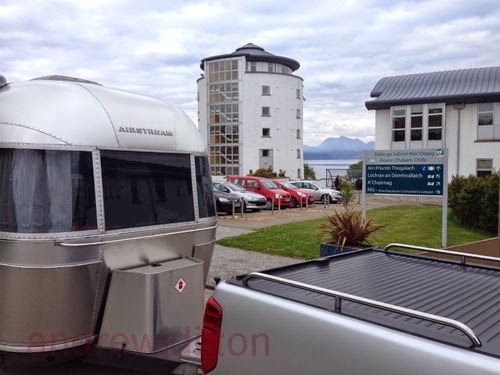 It would have been great to then great straight on with my 'job' in the North East of Scotland, but sadly plans had changed for all the wrong reasons…