Road to the Islands Part 2 - Back to Base

Before leaving for Scotland, I received some very bad news. I remember receiving it clearly. I was on a train to work in London, and we had just arrived into St Pancras station. I flicked through the emails on my phone and learned that respected caravan journalist Doug King had just passed away.

Despite the fact I knew that Doug was receiving palliative care, this was still a massive blow. I remember getting off the train onto platform 13 of St Pancras and bursting into floods of tears. I'd lost a friend, a mentor, and above all a sparring partner. There was nothing Doug and I would love doing more than winding each other up. His hatred of Airstreams knew no bounds, which of course I would play on massively. Joking aside, he was always 'there' if I needed help or advice. He also wasn't frightened of lavishing praise, either, if he felt you deserved it. 'Thank goodness there wasn't a Journalist of the Year Award that year' he used to say, referring to my trip with the Bailey Pegasus to Switzerland, '…because I always said that Bloody Ditton would have won it!'

Anyway, Doug's funeral took place while I was in Scotland, and it was an occasion I wasn't going to miss. As much as I wanted to park my Airstream at the church as a final raspberry in our little 'in joke', it wasn't going to happen.

On the way from Skye to Inverness, I overnighted at one of my favourite sites, Morvich Caravan Club Site. I love that site… I think it is a lot to do with the imposing, peaceful mountains all around the site that lend an air of calm, and give it a real sense of place. 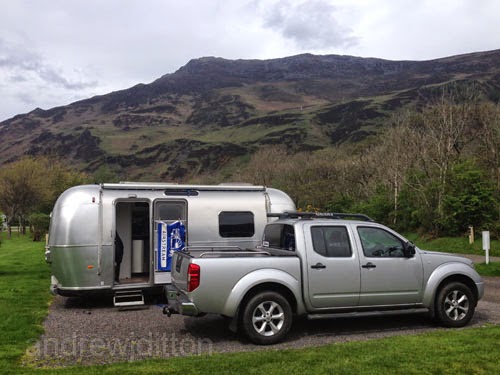 From there, it was time to head to Culloden Moor Caravan Club Site near Inverness. I had to seek permission to leave my rig unoccupied, and happily this was forthcoming.

Rather than subject Dougal to the long trip South, I took him to Stirling on the train where he stayed with his pal Bertie, and the humans that Bertie owns. From there I headed to Edinburgh where, by lucky coincidence, my favourite band Skerryvore was playing that night. I booked myself into the Ibis hotel and enjoyed a super evening. 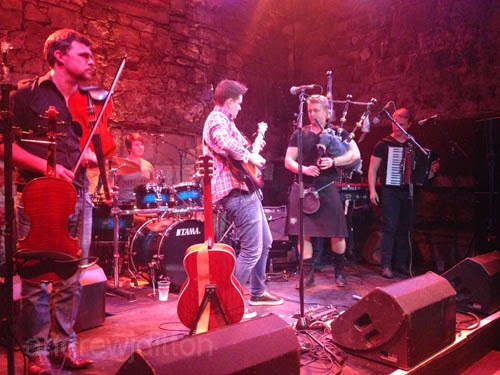 The next day, it was a long train trip South to pay my respects to the legend that is Doug King, then head back to Kent where I had family business to attend to.

Returning to Scotland, I took the sleeper from London to Glasgow which remains my favourite way to travel. It's so civilised in the 'old school' sense of the word. I hear that ScotRail has now lost the Caledonian Sleepers franchise, and a new company with new ideas and new rolling stock will soon be on the scene. I think we will be able to wave goodbye to the lounge car and all the lovely things that make Caledonian Sleepers such a civilised way to travel, so make the most of it while you can. 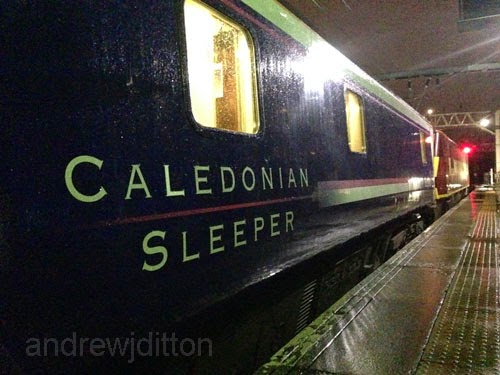 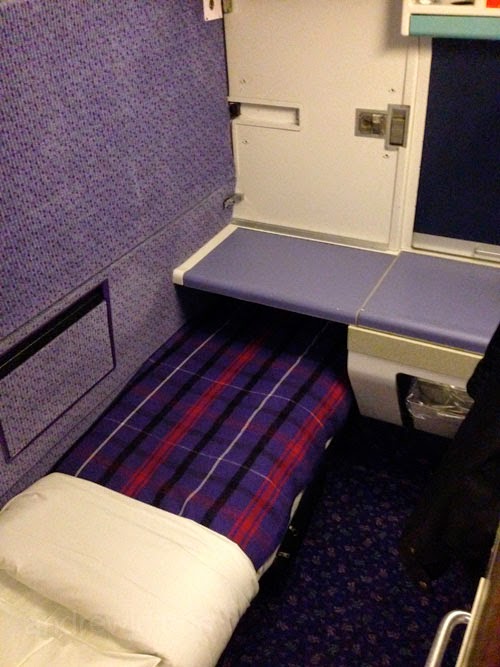 Dougal collected, we got back to the 'van at Culloden Moor and it was time to explore. The site is surrounded by forest, which made for great walking opportunities for Dougal. 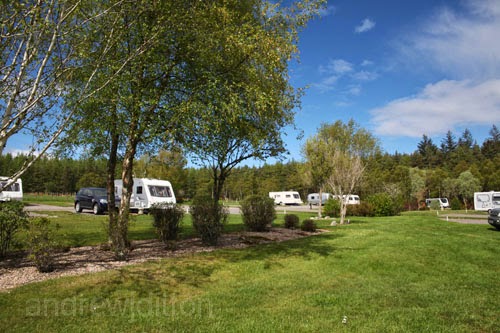 A visit to Culloden Battlefield was a good place to start the Tourist Trail and learn a little bit more about this historic battle, and my favourite day out from the site was at Cawdor Castle. 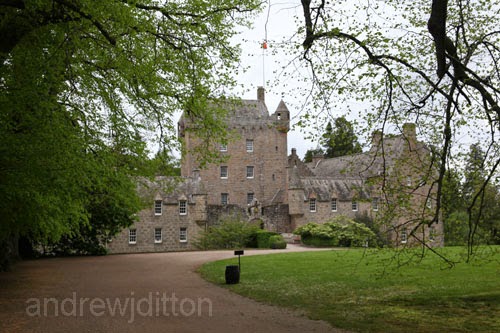 I loved the motto over the gate as you enter the castle: 'Be Mindful'. That's a great motto to keep in the back of our minds. No matter how grotty things can get, I reckon that being mindful of just how lucky we are in this country, the privileges we enjoy, and the beauty of the world around us is something we should strive to attain at all times