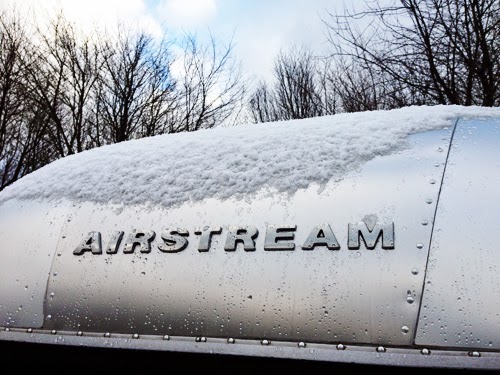 When I used to do 'Through the Keyhole' type features for caravanning magazines, one of the most popular questions was:

'What is your favourite accessory?'

Motor movers always came out as number one, followed by a procession of Cadac grills, Lafuma chairs, porch awnings, and other such delights that make caravanning so much more enjoyable.

Amen to all of those, but there is one accessory that I would never, ever be without. To me, it is the most important thing I carry around in the 'van. Rarely does it get used. However, when it does get used, it is an absolute lifesaver.

That accessory, my friends, is my humble fan heater.

I bought my little fan heater from a caravan accessory shop about 15 years ago to boost the heating in my wee 1989 ABI Marauder 400D. I remember paying a lot more than I would have paid in, say, Argos, but this little fan heater had two settings: 500W and 1kW. In the caravanning context, these lower settings can be useful. Despite the high-ish price, it's stood the test of time so obviously it was money well spent.

'I'd rather be hungry than be cold' my dear Nan used to say as she lit the gas fire in our 1969 Thomson. Amen to that too. Heating systems in caravans can fail, for a variety of reasons. Fan bearings, fuses, wiring problems, elements, burners, flues... like everything caravan related, these heaters and boilers need to be far lighter than their domestic counterparts yet withstand the rigours of being bounced about on a regular basis. Therefore, it really makes sense to carry a back-up heater, and a fan heater is far lighter than an oil filled radiator and takes up less storage space than a convector heater.

For off-grid caravanning, I have my Dometic Origo stove and a good supply of Bioethanol.

Recently, I needed to pull the fan heater out of the cupboard. The caravan was cold and I had a blank display on the Alde Central Heating controller. Oh dear.

Airstream & Co provides an extensive, well-written handbook with their trailers, and this took me smoothly through diagnostics processes, from checking the relevant fuses to making sure all the connections are properly connected.  But, alas, no joy.

I dispatched an email to Airstream & Co detailing the history and promptly received a reply including a detailed diagnosis of possible problems from Alde's chief tecchy. After replacing a couple of fuses just to be sure, everything was pointing to the 'PCB' (Printed Circuit Board), the brains of the unit.

I called the recommended local mobile caravan mechanic but got his voicemail, so I left a message. I also called Airstream to see what we could do.

Fast forward 48 hours. With the help and support of Airstream, my PCB is now replaced and the Alde system is back in full working order. Hurrah! Meanwhile, I'm still waiting for the local guy to call me back. If he's on holiday, why did his voicemail message not say so?

Sorry if this sounds a little bit sickly and gushing, but this is yet another reason I'm glad I sold a kidney, mortgaged off my relatives, and bought an Airstream. The guys at Airstream & Co have always looked after me (just like they look after everyone) and appreciate that folks like me need something that, quite simply, does what it's meant to do. If it ceases to do what it's meant to do, they will get it sorted as quickly and as helpfully as possible. The feeling of support - being looked after - is something you cannot put a price on. I still remember that day in 2008 collecting my shiny new 532. The technical director gave me his card with his mobile number on it. 'Call me any time, night or day, if you run into difficulties'. Seven years on, that offer still stands.

You can keep your fancy service plans or customer service veneer like you often get when buying a new car. Common sense and taking proper care of customers in a human way seems to have gone out of fashion in many businesses. Thankfully, Airstream is not one of them. And by Airstream I mean Airstream & Co in the UK, Airstream Europe in Germany, and Airstream Inc in the USA.

Or maybe it's just the sheer deliciousness of the silent, all-enveloping gentle heat of the Alde system that is making me feel so warm and fuzzy...
Posted by Andrew at 12:34