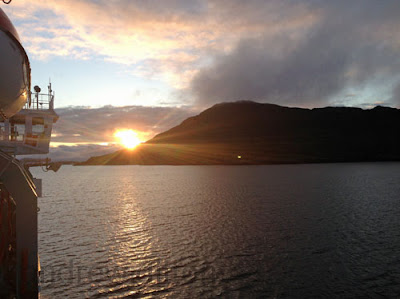 On 26th October 2015, RET was rolled out across the Caledonian MacBrayne ferry network in Scotland.

What's RET then? I'm glad you asked. It's Road Equivalent Tariff, that's what it is. The blurb says that it's something to do with trying to equate the cost of taking the ferry with driving the same distance. The simple reality is that the fares have tumbled, in some cases dramatically so.

RET is not new. It has been going for a while on a few of the 'long haul' routes like Barra, Tiree, and Lewis. Arran joined the Club recently. Now all the islands, and INTER island routes, will benefit from RET.

So what does this mean to the caravanner, and the motor caravanner?

Let's look at a three comparisons. We'll look at the popular route to the Isle of Mull, the hop over to the Isle of Raasay, and the link between the Isle of Harris and North Uist. The comparison fares are for my personal circumstances, so that is a 4x4 truck, an 8m caravan, and one adult:

The inter-island routes also open up the possibility of affordable day trips between islands. Last year I couldn't believe that to take just my motorbike and myself from North Uist to Harris for the day (for a Temple Cafe or Skoon Art Cafe fix) was going to cost £42.75 (5-day return). In 2016 the same return will cost me £20.10.

There is always a but. And in the interests of fairness to all, let's talk about that 'but'.

When RET was rolled out to the likes of Barra and Tiree a few years back, the fares tumbled in a similarly dramatic fashion. Tourers, especially camper vans that travel for the same price as a solo car, headed for the islands in their droves.

The only problem was, neither Barra nor Tiree was set up to accept this amount of tourers. Folks would wild camp around the islands. Beforehand, as there were only one or two campers, it was never a problem. Suddenly, swathes of heavy vehicles and caravans were blotting the landscape and, more importantly, destroying it. Machair is fragile, and it wasn't long before erosion set in.

After a bit of an uncomfortable transition period, Tiree and Barra now welcome more caravans and motor caravans than ever before, thanks to a new network of camping-crofts and campsites. Wild camping has effectively been stopped.

There are some wonderful sites on Mull - click on 'Mull' in the word jumble to the right to see where I stayed in 2012. However, even in 2012 the small road between Craignure and Tobermory was already very busy. I wonder how it's going to cope. But I implore the responsible camper to use the official sites wherever possible, and spend that money you saved on the ferry fare on the island. £195 can more than cover your site fees and industrial quantities of cake for an entire week.

if you've never visited the beautiful Scottish Islands and have always fancied it, then wait no more. 2016 really is the year to make it happen. Enjoy. 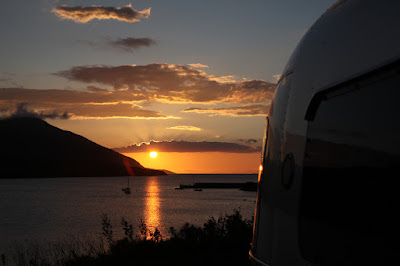