Signage at Northton, Isle of Harris

An open letter to the Stornoway Gazette. 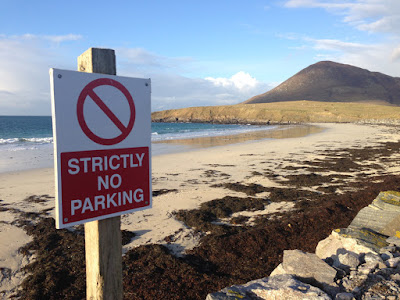 Recently I saw the following feature in the Stornoway Gazette:


This was something I meant to write about a long time back, but work and Gaelic study got in the way.

During my winter trip to Harris in November/December 2014, I went to Northton Beach on the Isle of Harris and my heart sank. As I passed the Temple Cafe, the sign at a nearby house said ‘No Turning.’ I was so sad to see this. If you have not read ‘Notes From a Small Island’ by Bill Bryson, then make it your priority to do so! In it, Bryson talks about the ‘No Turning’ mentality of the narrow-minded and petty.

Worse was to come. At the beach, there were a plethora of ‘Private Road’ and ‘No Parking’ signs, along with a line of stakes to make sure you got the message. 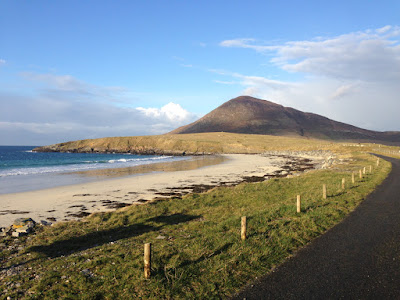 Only a few months before in the summer I had stopped here for the afternoon on my way from Horgabost Campsite to the Leverburgh ferry en route to Berneray. I parked the rig along the front, had an awesome kitesurf session, then trotted off to the Temple Cafe for a hearty meal.

On my Spring 2015 trip, I was unable to repeat the experience. Travelling from Horgabost to Leverburgh my only options were to park in Leverburgh School (it was Saturday) and buy a DIY lunch at An Clachan, or hope that the Butty Bus would be open. I went for the former, and Gail and Reuben at the Temple Cafe lost yet another customer that day. I cannot begin to even think of how many walkers to the Temple at Toe Head have had to reconsider their day as they can’t park anywhere. 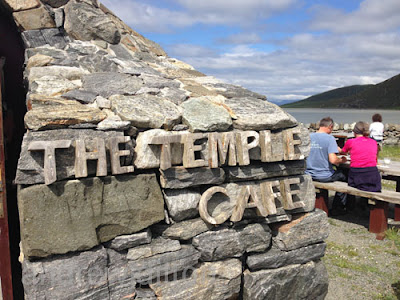 I think it is perfectly reasonable for the local residents not to want motor caravanners and caravanners pitching up for the night along their beach. A simple ‘No overnight parking please’ sign would surely suffice? If erosion is an issue, then a kinder, softer sign would still get the message across while not alienating the visitor.

I’ve not been back to Harris since May 2015, and I can only guess that people are now parking along the verges of the road.

However, to me as a ‘regular’ to Harris, it’s not the lack of parking that grieves me. I fully understand that to create a flat hardstanding area, even to extend the Seallam! car park, would cost thousands if not hundreds of thousands of pounds.

What grieves me are those signs and the attitude they convey. An attitude of narrow-minded ‘prissy…rural England’ as stated in the letter to the Stornoway Gazette. In other words, the kind of thing that people make the long schlep to the Western Isles to get away from.

Put it another way. If this canker is allowed to spread and turn Harris into yet another 'prissy' tourist-hating pretty place where incomers have bulldozed their way in, forced the locals out, then erected their precious ring fences (just like has happened in parts of Cornwall), why would people make that long and expensive journey?

As a Gaelic speaker, I notice that none of these signs are in the indiginous language of the land. This is the kind of sign you see in Gaelic - a welcoming one. 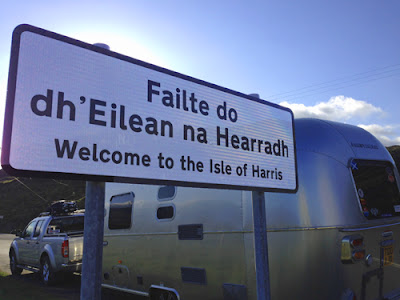 Let’s hope that common sense prevails and such signage is removed, or at the very least changed to something a little more in keeping with the traditionally warm, friendly, and welcoming Hebridean Hospitality that so many of us cherish and hold close to our hearts. 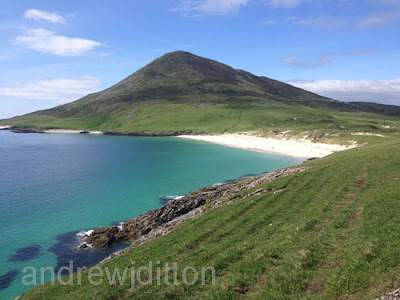