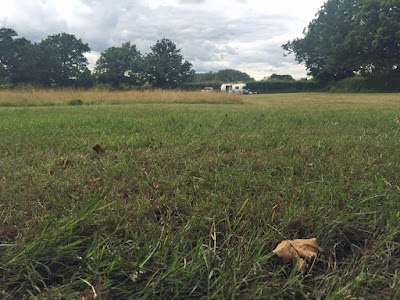 I try my hardest to avoid all newspapers, even the free ones. However, in a moment of tired weakness on the train last night I flicked through the freebie that was on the seat next to me. One of the main stories was about a lady who nearly died after eating a cupcake in a cafe and going into anaphylactic shock. She was allergic to nuts I believe. The picture of the alleged 'victim' showed her in a graduation gown. In other words, this woman isn't thick.

I do not in any way wish to belittle what happened. This woman nearly lost her life. However, what struck me about this court case is that the blame is being heaped on the cafe that sold the cupcake. Now, this 'victim' knew of her nut allergy, and she had also failed to carry her epipen with her. Yet, because there was no sign on the cake counter that said 'Please ask us about allergens', the lady consumed the cake without knowing it contained traces of nuts. In other words, because there was no sign telling her to ask, she didn't. The lady is a graduate. Did she really need reminding to ask?

By law, the cafe should have had the sign. In other words, the law states that even if you have a dietry allergy that can kill you, it's down to the eating establishment to remind you to ask whether or not that cupcake is going to kill you. In the eyes of the law, the responsibility seems to be a little one-sided.

What has this got to do with caravanning, you ask?

Well, quite a lot, actually.

You see, I'm an advocate of using your caravan, tent, or motor caravan to get away from it all. REALLY get away from it all. It's not for everyone I'll grant you, but to me personally I love being away from club houses, madding crowds, electric hook-ups, and all those other trappings of modern living. Generally I go for four or five months over the summer using small, simple sites (CLs and CSs for those in the know) without electric hook-ups that charge up to £5 per night. I love being self-reliant for my electricity (by solar panel) and for my heat and hot water (LPG, solar shower, woodgas (BioLite) stove, or BioEthanol.) There is a connected feeling of wholesomeness and contentedness about quietly living off-grid for a while.

However, these tiny corners of paradise where I find myself over the summer are dying out at an alarming rate. It is now very difficult in my corner of the woods to find a mains-free CL or CS where you can camp for £5 or under per night. The third CL in three years near to where I am based in Kent has just closed. The three CLs used to charge between £2.50 and £5 per night. All of the owners lament the same reason for closure: Today's 'Compensation Culture', and the prohibitive cost of insuring against it.

Nobody is ever going to make a living out of charging under £5 per night for up to five caravans. However, if you have a spare field with a water supply and enjoy meeting people, it can be a good way to earn what one ex-owner called her 'Gardening Money'. In other words, a little bit of cash to spend on her hobby.

Small sites without facilities are nowhere near as well patronised as their full-facility £15/night cousins, but for folks like me, that is half of the appeal. However, without the volume of 'bed nights' per year, it can be hard for the site owner to cover their existing costs, let alone pay out for expensive insurances. Therefore they take the difficult decision to close, and another simple site bites the dust.

Meanwhile, my Club Magazine tells me of all the small sites that are opening, and generally these are all in the £12-£20 bracket and feature electric hook-ups (EHUs). Installing EHUs is a very costly business, and of course that outlay needs to be recouped as well as the actual energy cost. As the majority of caravanners and motor-caravanners like being hooked in to the mains, these sites can do quite well and the owners can cover their costs, including insurance.

On the site I am enjoying at the moment, there are rabbit holes. If I twist my ankle falling down one, as far as I am concerned that is my own stupid fault for not looking where I am going. Regrettably, however, there are people amongst us who suffer from the afflictions of greed and ignorance, and are of the opinion that everything that happens to them is someone elses 'fault'. Of course we all need protection from unsafe working practices, dangers to health, and the like. However, responsibilty for their own actions is something that some people seem to shirk, and the rest of us end up paying for it.  Right now, some of us are paying for it by losing the few simple sites remaining, and the wonderful lifestyle they allow us to enjoy.