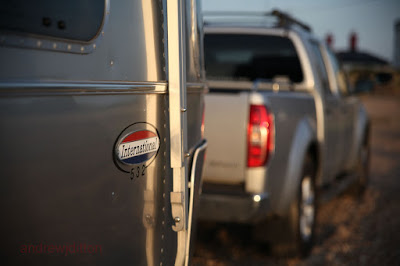 Nothing stays the same forever, we all know that. Sometimes it's good to take a while away from your normal routine, have a think about stuff, and do a bit of a 'happiness check'. You may have enjoyed doing something yesterday, but do you still enjoy it today?

After a very damp and cold three months in Scotland I've decided to change direction a bit. Sadly for some, I'll no longer be continuing my journalistic pursuits for the time being. We live in a very different world to the world I set out in about 15 years ago. You can try and keep up with it all or do something else. I tried for a bit, but now the time has come to do something else.

My Airstream took me to the Outer Hebrides in 2009, and I fell hook line and sinker in love with the place. Before that first visit, I didn't even know that Scottish Gaelic existed. Like many folks, I thought it was pronounced 'gay-lick', which it isn't. It's more like a cross between 'garlic' and 'gallic'.

Fast forward six years and I have completed an 18 month foundation course and am now half way through a two-year part-time university course in Scottish Gaelic. Upon completion of this two year language course I have the option to complete my first ever degree, which is seriously tempting.

If the struggles of a mature student or learning the Gaelic language are of interest to you, check out my other blog, Confessions of a Gaelic Learner.

Sadly, being just an average human being and not Superman, I can't divvy up my brain into separate bits and be able to give of my best to many things. I have a day job on the railway based in London that I enjoy immensely and have been doing for 21 years, so that isn't going anywhere. I *love* learning Scottish Gaelic, which takes me to Glasgow, Skye, and the Outer Hebrides at every opportunity. This leaves little time for anything else, and sadly something has had to go.

Fifteen years ago, your average leisure journalist was expected to produce words. Very soon after that, the advent of digital photography caused the magazines to dump their Staff Photographers, and the journos were expected to do the photography too. Thereafter, as digital media takes off, video is expected now as well. With video, a whole new bag of worms is opened up, and it's something I don't really want to go into in public.

There is a massive, massive difference between writing about a successful trip you have already completed, and being commissioned to produced a set piece to a set format on a set area within a set timeframe. Meanwhile, 'trolling' on the internet is on the increase. The uneducated and narrow-minded can be so vocal when protected by the anonymity of being the other side of the screen, which is a luxury not afforded to those who choose to publish.

Insurance is another bag of worms. If you make any money from your caravanning and your writing, then you need to have all the insurances in place: Business use on the car, business use on the cararavan, public liability, and public indemnity. In my case that amounts to a cost of almost £3,000 per year before I even start to consider fuel, camera equipment, computer, data (both cloud and hard), mobile data transfer... and all for a revenue stream of about £25 per month from Google and not a lot more (per month) from other sources.

So, my website is down for now. The YouTube videos are pruned. The latest 'ScotVlog' Series was a moderate success and a great reminder of the ups and downs of my trip, but the time taken to produce and upload these films has not been justified. Instead, I now spend my time defending what I've said in the films to people who weren't even there at the time, but think they know better about what happened to me than I do.

I need a break from all this.

I do have a couple of new projects up my sleeve, so don't think you've got rid of me that easily. Howver, right now I need a little time and space to clear the backlog, readjust, and start coming up with some fresh new ideas.


Thank goodness for my Airstream. 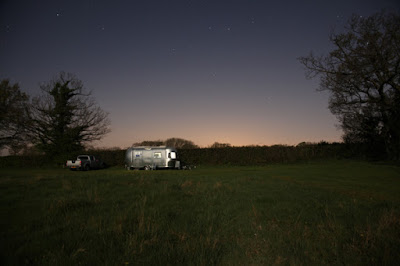