After a good nights sleep it was a slow morning. The VW Camper had gone so I moved back to 'my' spot, simply because I could. 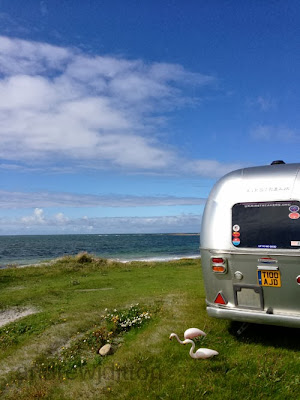 Where I camp at this spot, there are miles of beautiful coastline. The Airstream was pitched well away from the road. Yet, for some inexplicable reason, people always seem to want to park right up next to me. What's all that about? 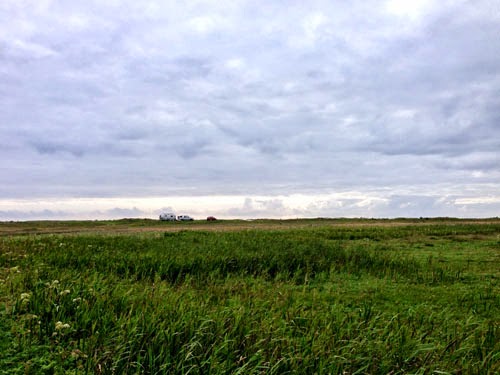 Not only had I appeared to lose my Hebridean mojo, I seemed to have lost my kitesurfing mojo too. Here we were in the second week in August and I had not been out for one single session. Now there was no excuse. The wind was a perfect 15mph cross-onshore and once the tide had ebbed sufficiently there was enough beach to rig up on.

A good session was had, and just like riding a bike, kitesurfing is something that you don't seem to forget once you've learned it. 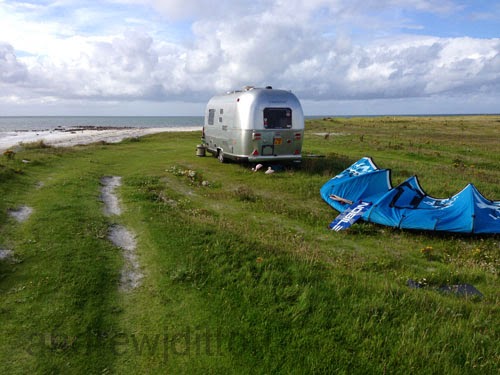 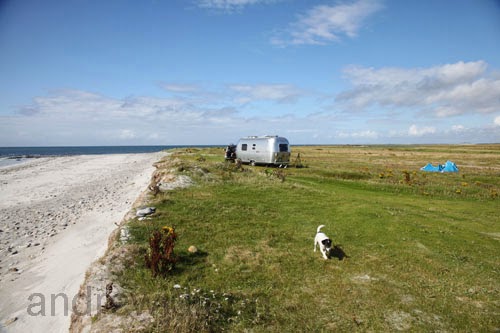 One of the great things about getting away to somewhere as wild and as remote as the Outer Hebrides is that it really reminds us as Human Beings of our place in relation to Mother Nature. We cannot, for all our arrogance, control the weather or its effects. All we can do is try to predict what will happen (thank you Met Office) and take action if necessary.

The weather that night was due to be wild and windy. Already the Airstream was covered in sand and salt spray from the sea. Salt spray and aluminium a happy combination do not make. One of the outstanding jobs I never 'quite' got around to before leaving was to wax the trailer. It still needed doing, and now more desperately than ever.

As such I upped steadies and headed off to the CalMac ferry terminal at Eriskay. I knew here that I would be sheltered from the worst of the wind and be able to get a good nights sleep. I was, after all, absolutely shattered both mentally and physically. I also know that at the ferry terminal is water tap and a chemical loo emptying point. Given the eye-watering amount of money that I waft in CalMac's general direction every year, I have no qualms about helping myself to a few litres of fresh water. I managed to get the salt washed off the rig, but wet weather and depleted energy levels prevented the necessary waxing.

A new site has opened on South Uist near the causeway to Eriskay called Kilbride Campsite. I felt it my duty to stay there and check it out. More details in the forthcoming Guide to the Outer Hebrides, stay tuned. 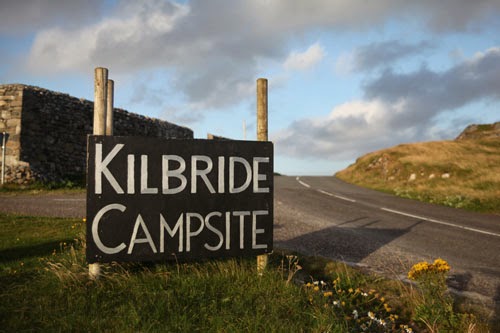 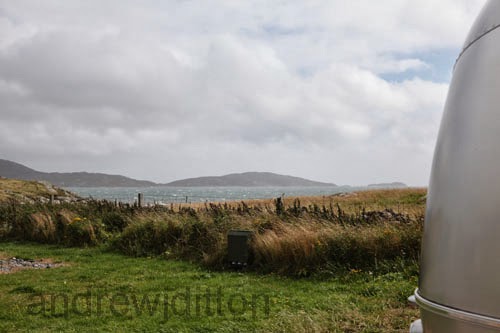 The wind still blew a hooley, which meant a cheeky kitesurf off the tiny beach opposite Kilbride with a 7m kite. The phrase 'survival session' springs to mind. 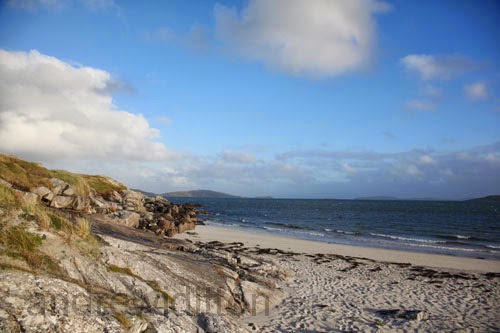 By now I was truly knackered, still both physically and mentally. The necessary job of waxing the Airstream was not going away and my mind filled with worries about corrosion creeping from every rivet. As nice as Kilbride was, it was a wee bit exposed for the wind direction. However, around the corner at South Boisdale, a new Caravan Club CL had opened. I scouted over for a look. Pretty it wasn't, but the main attraction was that the large farm building that spoiled the view also afforded protection from the wind. Gravel hardstanding meant that I would be able to clean up the Airstream on the inside too without continuously treading in sand. Time to move on.