After getting back from overseas, I had a month to get everything done before a deliciously long break up in the Outer Hebrides starting early August. Many shifts were worked at the day job to get the time off for the Scotland trip, but there was plenty of touring to catch up on too.

For four years I once lived in the seaside village of Camber near Rye, famous for its glorious sandy beach. It was lovely to go back there and rediscover my old stomping ground. 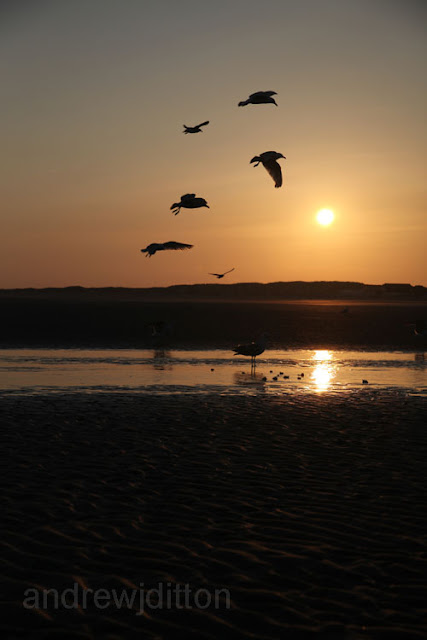 For the purposes of research I was staying at the Park Resorts site at Camber Sands. It's in a great location next to the beach, although the pitches themselves could do with a little bit of love. If you're into the all-singing all-dancing kind of holiday resort with entertainment laid on, this is the place for you. 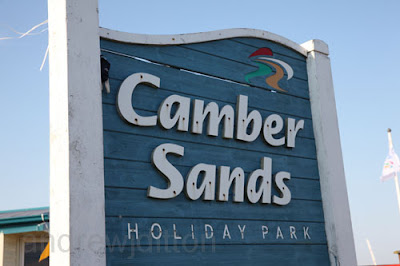 I was astounded at the amount of Static Caravans on site. About 1,000 apparently. There were new ones for sale at the entrance, and for a half-decent one you're looking at £50k. On top of that you have £300 per month site fees. That's over £3000 per year in rent plus repayments on the van plus depreciation. I begrudge nobody their little slice of paradise, but what struck me was… well, it's not cheap, is it? 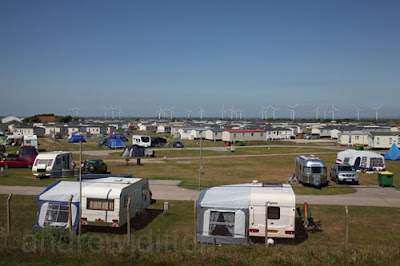 Next stop was Romney Farm Caravan Park down the road at New Romney. Personally, this is more 'my' kind of site. Very old school and quiet, but of course without the entertainment for kids which can give stressed-out parents a break like at Park Resorts. Kids here need to make their own entertainment out in the fields, just as I did when I was caravanning in the 70s with my Nan. Gosh, that makes me sound so old. 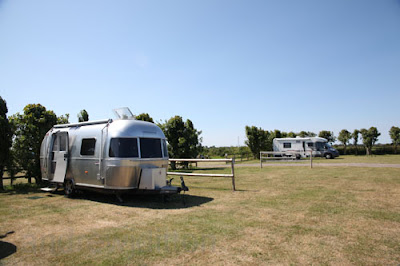 Rye is gorgeous. I absolutely love it. You can cycle it in 20 minutes from Park Resorts, or there is a CL within 20 minutes on foot, but I've never had much luck when staying at the latter, and it's a bit spendy for what it is.

The latest string to Rye's bow is Edith's House, a fabulously camp tea room where the welcome is warm (and it extends to your dog) and the cakage is devine. A definite must. 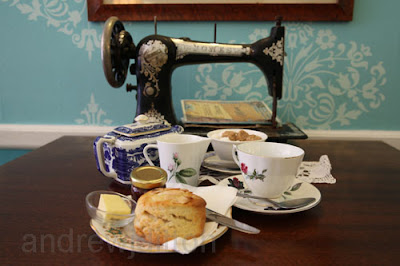 My favourite pub, The Ship, is also in Rye. It's a wee bit on the expensive side and the choice of veggie dishes on the menu is thin, but I like its atmosphere and general ambience. 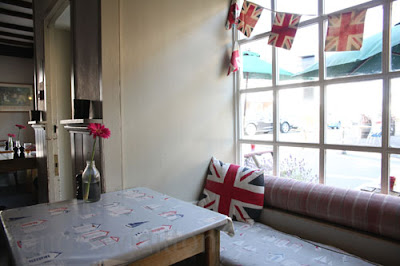 A trip on the Romney Hythe and Dymchurch Railway was a must, and afterwards I hung around in Dungeness to indulge in a bit of 'non-magazine' photography just for the sheer enjoyment of it. 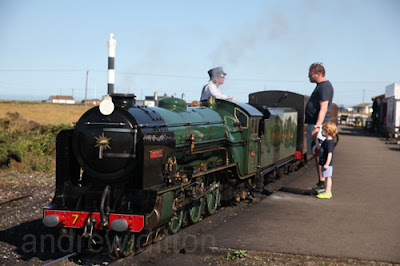 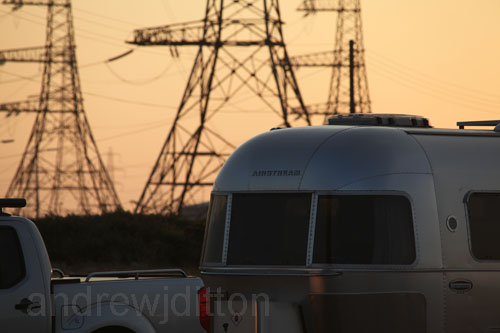 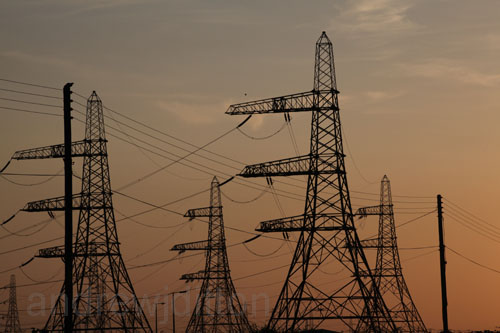 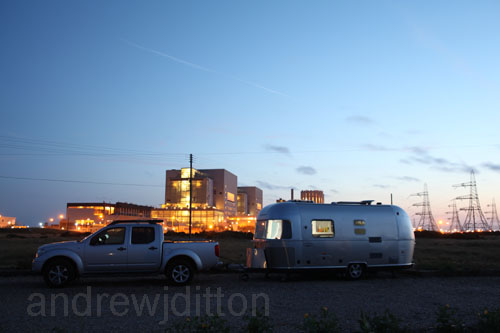 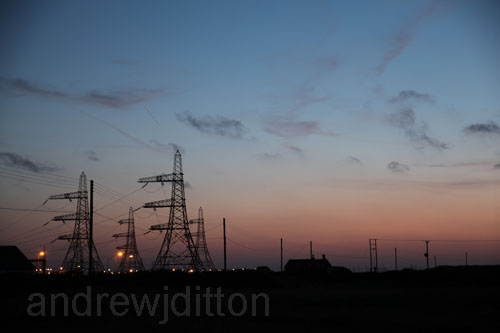 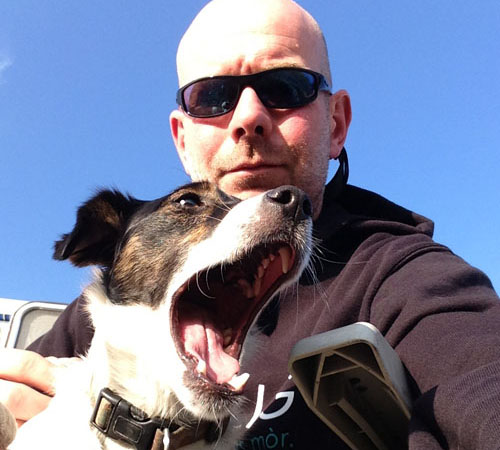 With my outstanding jobs done, it was time to chill at my favourite CL in Kent, which of course remains a secret. Surrounded by hop fields, quiet, rural, and only £4.50 per night. I love it. 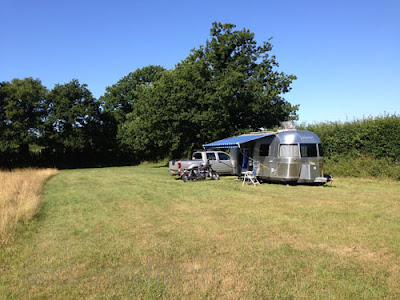 One of the tasks to attend to before Scotland was getting the motorbike MOTd and serviced. It took a lot longer than expected but Dougal and I were enjoying the Triumph Bonneville courtesy bike in the meantime. 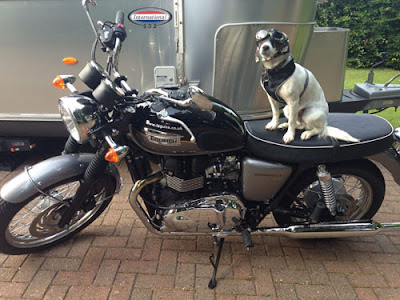 I really, really enjoying thrapping about the lanes of Kent on a retro twin. In fact, I loved it so much that I made the decision that the lardy Daytona that I have cherished for over 20 years since new is no longer suitable for my needs. The days of jumping on the bike and riding to Greece are now over, partly thanks to Dougal. Nowadays the priority is for something light and small enough to load easily into the Navara. I took out a Triumph Thruxton on a test ride and loved it. 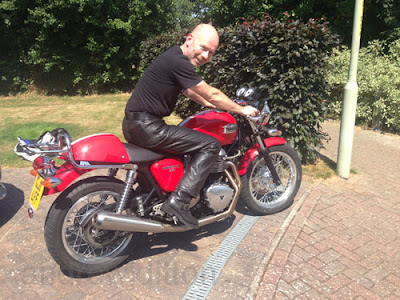 That was fine enough until I realised that in 2008 they did the Thruxton in silver. A silver bike would, of course, match the rig in the way that my black Daytona simply doesn't. 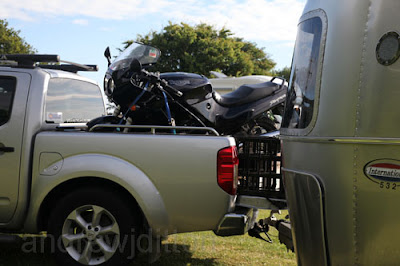 It makes no logical sense. But then, motorbikes rarely do. The search for a silver Thruxton begins.
Posted by Andrew at 14:01